Studying a foreign language gives children the opportunity to communicate with others, to learn about and to experience other cultures.  It also helps with English – the children learn how to compare their use of English grammar and spelling to that of French.

KS2 pupils have one hour of French per week.  In Year 3, we start with the basics of colours, numbers, months of the year and days of the week.  Year 4 topics include time, and daily routine, while in Year 5 we consolidate work on telling the time incorporating it in the topic of school.  Year 6 topics include clothes, and a French-speaking county.

As Year 3 is the first time for many children to learn a foreign language, we use lots of games, songs and speaking practice, with limited written tasks. As the children move up from Year 3, we focus more on the written language, and build on their early skills, allowing them to speak, write and listen with much more confidence.  In Year 6, we look at the grammar of French in more detail, which will help the children as they move up to secondary school.

We have developed links with schools in France, Greece and Spain – we will exchange letters, cards, presentations and video clips in French with our partner schools, and to talk to them in real-time using Skype.  In recognition of this work, we have recently been awarded the Foundation Level of the International School Award – our challenge for the future is to move up to Intermediate Level.

There are useful, fun activities on these websites: 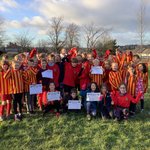 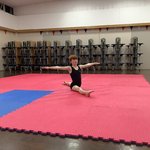 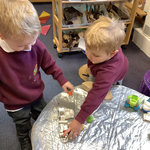